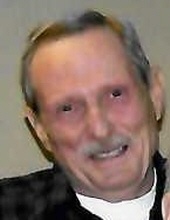 He was born January 2, 1950, in Jefferson City, the son of the late Charles Joseph and Stella Marie (Herbrandt) Barrett.

He was a 1968 graduate of Jefferson City High School.

Marvin served his country in the United States Army during the Vietnam era.

Following his honorable discharge from the Army, Marvin worked in the Construction field, Capitol Supply, and for Tallman Company retiring in 2004.

He was a member of Immaculate Conception Catholic Church. He enjoyed hunting, fishing, and spending time on the Osage River.

Marvin loved his family and friends. He also loved keeping up on what was going on in the world. He was an avid FOX News fan.

Those wishing to send condolences to the family may do so at the www.dulletrimble.com website.
To send flowers to the family in memory of Marvin Wesley Barrett, please visit our flower store.