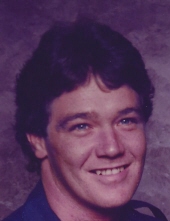 He was born March 7, 1960, in Spanish Lake, Missouri, the son of the late James Marion Biggs and Vera May Jackson.

He was married on September 10, 2005, in Russellville, to Sheila Lynn Gish who survives.

In his earlier years, Mark worked as a musician primarily as a drummer. He later worked with HVAC and electrical jobs, mechanic for Honda, and worked with his father and brother in petroleum moving equipment.

He was preceded in death by his parents; step-brother, Jeffrey Jones; step-sister, Rosemary Prenger; and his step-mother, Sharon Biggs.

Those wishing to send condolences to the family may do so at the www.dulletrimble.com website.
To send flowers to the family in memory of Mark Steven Biggs, please visit our flower store.