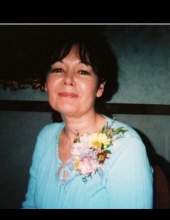 She was born May 9, 1946, in Carrollton, Missouri, the daughter of Walter and Wilma (Gilmer) Murray.

Marjorie worked at the Truman Building for the Missouri Department of Revenue, Motor Vehicle Division as a clerk retiring in 2010. She also worked for the News Tribune.

She was preceded in death by her parents; her husband, Ronald; a son, Joseph Stegner; a grandson, Zachary DeFreece; and a sister, Barbara Morgan.

Funeral service will be held 10 a.m. Thursday, December 30, 2021, at Dulle-Trimble Funeral Home. Masks will be available for those in attendance. Graveside service will follow that afternoon at the Martin Cemetery in Alma, Illinois.

Dulle-Trimble Funeral Home is in charge of arrangements.
Those wishing to send condolences to the family may do so at the www.dulletrimble.com website.
To send flowers to the family in memory of Marjorie Lee Jackson, please visit our flower store.