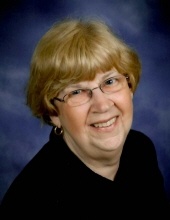 She was born on May 17, 1932, on Dodd’s Island (Cole County), the daughter of Hugo Peter and Mary Cecilia (Thoenen) Niekamp.

Margaret was a 1950 graduate of Jefferson City High School.

A devoted mother who always prioritized her family, Margaret stayed home to raise her children until the last one was well into grade school. She began her business career with Sears as a telephone salesperson where she navigated through the pages of the Sears catalog quickly and efficiently to help her customers. In 1988, she began working as a bookkeeper at Exchange Bank, retiring in 1997.

She enjoyed writing, puzzles, reading, and was responsible for binding many quilts for the St. Martin Catholic Church picnic. Her favorite times were with her husband, Joseph, and their large family.

She was preceded in death by her parents; her husband Joseph; a great-grandson, Cole Nilges; and a sister, Elizabeth Niekamp.

Those wishing to send condolences to the family may do so at the www.dulletrimble.com website.
To send flowers to the family in memory of Margaret Renilda Schulte, please visit our flower store.