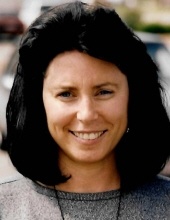 She was born September 4, 1950, in Freeburg, the daughter of the late August George and Elizabeth Georgiaetta (Fitzpatrick) Bauer.

She was united in marriage on October 26, 2001, at Immaculate Conception Catholic Church in Jefferson City to Glenn Edward Stinson, who survives at the home. They enjoyed forty years being together.

Margaret’s work experience included being the Chief of Constituent Services for Governor Kit Bond’s office and executive assistant for the Missouri Department of Corrections in the Division of Classification and Treatment.

Margaret was a member of Immaculate Conception Catholic Church.

She enjoyed watching her son play baseball during his years at Helias High School and with the Babe Ruth League. She and Glenn loved traveling around the country wherever their son, daughter-in-law and granddaughter were living. From Boston to Los Angeles, they were able to have amazing experiences together including watching their granddaughter play soccer and lacrosse. Margaret was especially close to all her sisters and brothers. She loved chatting on the phone with them and loved sending handwritten cards to everyone. She enjoyed spending time at home with her husband and their dachshunds, watching sports, especially the St. Louis Cardinals. Margaret and Glenn found comfort watching the Catholic channel, EWTN especially, Masses.

She was preceded in death by her parents, a sister, Patricia Lock; a brother, Kevin Bauer; and a sister-in-law, JoAnne Bauer.

Memorials are suggested for Masses or to Friends of Jefferson City Animal Shelter.

Those wishing to email tributes or condolences to the family may do so at the www.dulletrimble.com website.
To send flowers to the family in memory of Margaret Ann "Corky" Rackers, please visit our flower store.