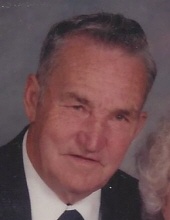 He was born December 16, 1929, in Jefferson City, the son of the late Leonard and Alma Marie (Taflinger) Christian.

Mardell served with the United States Army and the United States National Guard his entire career. He served during the Korean Conflict and had many exciting experiences with his longtime friend, Bob Atwell. Mardell was inside the prison walls during the 1954 prison riot at the Missouri State Penitentiary in Jefferson City and was one of the honor guard when President Carter came to Missouri.

Once he retired from the military, he enjoyed transporting children for the Special Learning Center for nine years.

Mardell enjoyed mushroom hunting, cutting grass, playing the harmonica and guitar. He especially loved family time with family barbecues and being with his grandchildren.

Burial with military honors will be in Hawthorne Memorial Gardens.

Memorials are suggested to the Mardell Christian family.

Those wishing to email tributes or condolences to the family may do so at the www.dulletrimble.com website.
To send flowers to the family in memory of Mardell Leonard Christian, please visit our flower store.