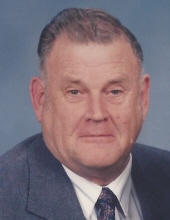 He was born on September 5, 1936, in Bowling Green, Missouri, the son of the late Andrew Bernard and Agnes Louise (Luebrecht) Grawe.

He retired from the United States Army in 1977. He began his service in 1957 working in the military police which included two three year deployments to Germany. Afterwards, he graduated from Officer Cadet School and flight training. He then served two tours of duty in the Vietnam War flying UH-1 Huey, Chinook (CH-47), and Cayuse (OH-6) helicopters. Often flying in dangerous combat zones, he earned several awards including the Republic of Vietnam Gallantry Cross Unit Citation with Palm, Bronze Star Medal with First Oak Leaf Cluster and the Army Aviator Badge. He continued his service as a flight training officer, flying the TH-55 helicopters, earning the Meritorious Service Award.

Arthur went to truck driving and heavy equipment school after his service career and worked for Twehaus Excavating, ACT, and OX Overnight Express. He trucked all over the country.

Arthur was a member of St. Francis Xavier Catholic Church; and the American Legion Post #0366.

He loved to drive, travel, and explore. He enjoyed horseback riding, in earlier years, with his wife. He always made sure his children were all doing well and were well taken care of.

Burial with military honors will be 3 p.m. Saturday at Assumption Catholic Cemetery in New Haven, Missouri.

Dulle-Trimble Funeral Home is in charge of the arrangements.
To send flowers to the family in memory of Maj. (Ret) Arthur Bernard Grawe, please visit our flower store.