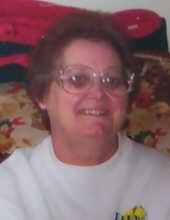 She was born October 11, 1947 in Jefferson City to the late Joseph and Cecilia (Hoffman) Baumhoer. Early in life, Loretta discovered her talents for crafting and the joy of sharing her handiwork with neighbors, friends, and family. Whether it was sewing, embroidery, crocheting hand towels, making doilies or beadwork, Loretta loved to keep busy. Loretta enjoyed sending out birthday cards and sharing her photographs with family and friends. Moving to West Virginia with her husband, Gerald Ketterman, they built a home, developed a campground on their property and bought a pet bobcat named “Tuffy”. After Gerald had a stroke, they moved back to Jefferson City where Loretta dedicated her life in taking care of Gerald.

Survivors include her siblings, Jean Baumhoer and Cindy Wells , both of Jefferson City, John Baumhoer of Fulton, Lorraine Croney and Raymond Baumhoer, both of Lebanon and several nieces and nephews. Loretta was preceded in death by Gerald, her parents and brother, Billy Helmich.

To send flowers to the family in memory of Loretta Marie Croney, please visit our flower store.