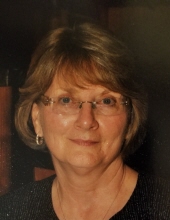 Loretta Catherine McCoy, 79, of Jefferson City, passed away on Sunday, July 11, 2021 at St. Mary’s Hospital after an upper respiratory illness. Loretta was born on September 20, 1941 in McKeesport, PA, the daughter of the late Charles Joseph Daczkowski and Mary Ochap Daczkowski. She was a member of the St. Mary Czestokowa Catholic Church of McKeesport and Mrs. McCoy was a 1959 graduate of McKeesport High School, McKeesport, PA. As a young woman Loretta undertook secretarial studies and became accomplished at shorthand transcription and typewriting. Her initial position was at McKeesport Hospital in the business office.

Loretta moved with friends to Cocoa Beach, Florida in 1965 and was employed by Chrysler in the highly successful Saturn_1B moon rocket development program. After moving to California in 1967, she accepted employment at Lockheed Missiles & Space Systems, where she initially worked on the Navy Poseidon program, followed by the Agena Satellite Launch System program and numerous space satellite projects.

Loretta married Lockheed Space Systems coworker James McCoy on September 28th, 1974 in Carmel, California. Mrs. McCoy and her husband James moved to Harrogate, North Yorkshire in 1977, where they were employed by Ford Aerospace (Loretta) & Lockheed (James) in support of the UK Ministry of Defense to secure NATO communications during the Cold War. Later on, Loretta had assignments in Australia at the Joint Defense Space Research Facility.

After returning to California in 1979, Loretta and James, with two friends, developed a vineyard in the Russian River region of Sonoma County in the 1980s. Loretta enrolled on a company program at Foothill College and completed her studies in Business Accounting, receiving an Associate of Arts degree in 1988. Mrs. McCoy was then promoted to a position of Cost Accounting Analyst responsible for assuring that government contracts were executed correctly and within cost at Lockheed Space Systems.

Mrs. McCoy retired in 1998 from Lockheed after 33 years, and with her husband James, moved from Los Altos, California to Sandia Heights, New Mexico in 2003 in retirement. Later, in 2011, after medical problems re: the high altitudes of New Mexico, they moved to Jefferson City, Missouri to be closer to their families and not coincidentally, much closer to sea level. In retirement, Loretta enjoyed cycling, swimming, hiking and aquatic exercise. She was an accomplished golfer. Her favorite pastime was hiking and bird watching near the McCoys’ home, in Binder Lake Park and at the Runge Open Space trails.

Those wishing to email tributes or condolences to the family may do so at www.dulletrimble.com.
To send flowers to the family in memory of Loretta Catherine McCoy, please visit our flower store.