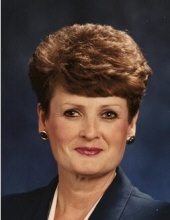 Loretta Ann (Koechner) Steinkuehler, 79, of Jefferson City passed away on Friday September 25, 2020, at her home.

Loretta was born on May 28, 1941, east of Tipton, MO. Her parents were Fred and Pauline Ann (Belo) Koechner. Her parents and three sisters, Geraldine Koechner, Dorothy (Bill) Dahlstein, and Carol (Alvin) Marcum all preceded her in death.

She was a member of the Cathedral of St. Joseph. Loretta enjoyed reading and doing cross stitch.

Loretta was a wonderful, loving, and talented person. Loretta and her mother both died of Alzheimer’s.

A private funeral service will be held Tuesday, September 29, 2020 at 2 p.m. at Dulle-Trimble Funeral Home in Jefferson City with the Rev. Louis M. Nelen of the Cathedral of St. Joseph officiating.

The service will be live streamed for those who wish to watch from home. The link can be found on Loretta’s obituary page under Tribute Wall at www.dulletrimble.com.

Private burial will be in St. Andrew Catholic Cemetery in Tipton, MO, following the funeral service.

Those wishing to send condolences to the family may do so at the www.dulletrimble.com website.
To send flowers to the family in memory of Loretta Ann Steinkuehler, please visit our flower store.