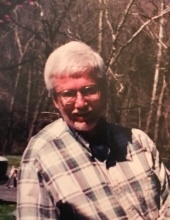 Chad would want all of his friends and family to know that he loaded the very few things he needed into an old pickup and is currently taking the scenic route (windows down, radio up) into the beautiful and boundless prairie. Along the way he’ll be picking up his best friend and love of his life, Leslie Lee, who got a bit of a head start on the journey but waits for him now. After previous such meanderings they had typically returned to their idyllic lakeside treehouse to resume their normal lives. This time the joys at the far end of the trip proved too appealing. They go to their next destination confident that they have left this place far better than they found it. Aware that those closest to him would feel some sadness at this choice, Chad left strict instructions that we celebrate their memory by telling stories, righting wrongs and generally carrying on. He had no doubt that the very special people in his life would execute these instructions flawlessly.

Chad would have been perfectly fine with his obituary ending there but the son-in-law charged with the job of “family writer” felt there was more to tell:

Chad is reunited with his beloved wife and best friend, Leslie Lee Jordon, who passed away in 2012. He was the beloved father of Brooke (Jim) Rintoul of St. Louis and Russell (Laura) O'Mara of Jefferson City, loving “Popop” to his granddaughters Mia and Annalee Rintoul and Reagan and Addison O'Mara, ”big brother” to sisters, Debra Jean (Brad) Zink of Grain Valley, MO and Terri (Jim) Ford of St. Louis, caring uncle to Tucker and Sheila. He was the son of the late Helen and Loren Jordon of Sibley, MO.

Raised a “Navy brat”, Chad spent his early years in far-flung places including Japan and Alaska, which gave him a perspective on the world that served him well in his career and life. Chad’s long battle with muscular dystrophy robbed him of physical strength over time but never defined him or diminished his willpower, intellect, compassion, generosity or sense of humor.

Chad loved and cherished his granddaughters, creating traditions for them that they will carry for the rest of their lives. Chad had an abiding love of music. In any genre, he could find works that exhibited an elusive quality he described as “soul”. He relished extended discussions of philosophy, politics and sports. As a proto-environmentalist, he spent many of his early years camping, hiking and fishing. Later he tirelessly tended to the birds, frogs and other critters with which he shared his surroundings.

A graduate of Central Missouri State University, Chad began his lifelong career as a caseworker in the Division of Family Services in the Kansas City region. He was among a handful of individuals who developed the Child Support Enforcement program. His career culminated with Deputy Director positions in Child Support and Department of Social Services, from which he retired. Through many positions with the State, his courage and tenacity in advocating for the underprivileged, underserved and underrepresented were legendary.

Chad maintained close relationships with longtime friends (whose idealism and activism he expressed by calling them “a group of old hippies”) while his kindness, wisdom and magnetic personality consistently drew new people to him. He was a natural teacher and a great listener, creating strong bonds with neighbors, caregivers and others around him to the end.

Chad was the founder and longest serving board member of the Missouri Coalition for Quality Care (MCQC), a non-profit watchdog organization monitoring care of the elderly in Missouri.

A private memorial will be held at a later date. In lieu of flowers, please consider donating to the MDA, MCQC or Susan G. Komen.

Those wishing to email tributes or condolences to the family may do so at the www.dulletrimble.com website.
To send flowers to the family in memory of Loren "Chad" Jordon, please visit our flower store.