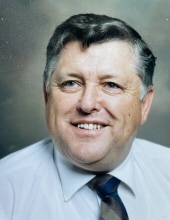 Loren Dale Steenbergen, 84, of Russellville, passed away Monday, June 6, 2022, at his home surrounded by his family.

He was born August 29, 1937, near Decatur, Missouri, the son of William Robert and Nellie Marie (Watts) Steenbergen.

He was a 1955 graduate of Russellville High School.

He was united in marriage on March 25, 1960, at the Assembly of God Church in Eldon, Missouri to Violet Loueva Davenport who survives at the home.

Dale worked for the Missouri Department of Transportation for 33 years as a computer systems analyst. He also worked on his farm most of his life.

He was a faithful member of Mt. Olive Baptist Church where he used his talents to serve God. He sang and played music with the Mt. Olive singers and helped take care of the church property for many years. He was also a founding member of the Moreau Valley Coyote Hunters Association. Dale had many hobbies. He was talented at playing the harmonica and loved to go “jamming” with others. He enjoyed watching basketball and supported the Russellville team from the top bleacher every season. Other hobbies were hunting, tinkering on tractors, and most of all, spending time with his family.

Burial with military honors will be at Enloe Cemetery.

To send flowers to the family in memory of Loren Dale Steenbergen, please visit our flower store.