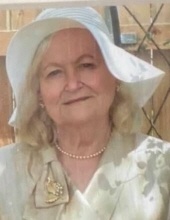 She was born on June 1, 1934, to Cleve Robert and Clarica Faye (Manes) Hook, in Grandview Missouri, in the home of her grandparents, Daniel B. and Myrtle O. Henson Manes.

Lola attended schools in Frank, Dixon, Kansas City, Miller Park, in Omaha Nebraska during WWII and was a 1950 graduate of Chamois High School. Because she excelled in high school and had read every book in the library, the teacher let her graduate early at the age of 16. When she was fifty, Lola received her Child Development Associate Credentials from Lincoln University.

In October of 1953, Lola married Donald Lee Rice at St. Peter Catholic Church in Jefferson City. He preceded her in death on June 17, 2004.

As a homemaker raising five children, Lola later enjoyed working outside the home at various childcare facilities, selling Avon, and eventually was the office manager for a Jefferson City psychologist.

She was preceded in death by her father, Cleve Robert Hook, her mother, Clarica Faye Manes Hook Peek Earhardt; her husband of fifty-three years, Donald; a sister Katherine Kaye Peek, a brother, Daniel William Peek and a “brother of the heart,” Ronald Aubrey McGee.

She loved making her home beautiful for her family, but the highlight of her days was always loving on her grandchildren.

In earlier years, she enjoyed her time with the Cub Scouts, Girl Scouts, and school library committees. She belonged to garden and book clubs, and a 1950’s little theater group in the old Carnegie Library. She loved family research, attending family gatherings, gardening, reading and she served as a teacher in a “Mother’s Morning Out” program. She was a floater substitute in several early learning/care centers in the city. With her husband, she enjoyed traveling in the USA and to Europe with the Trammell family.

In lieu of flowers, donations are suggested to St. Jude Children’s Research Hospital, Compassus Hospice, or to the Children’s Department of the Missouri Rivers Regional Library.

Those wishing to send condolences to the family may do so at the www.dulletrimble.com website.
To send flowers to the family in memory of Lola Irene Rice, please visit our flower store.