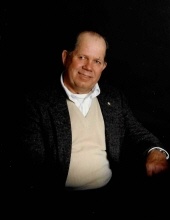 Lloyd August Kempker, 88, of Jefferson City, passed away peacefully in his home on June 15, 2022, with his children at his side.

He was united in marriage to Barbara Bertha Schaffer of St. Anthony on August 4, 1956, who preceded him in death on December 31, 1980, eight months prior to their 25th wedding anniversary.

He was a faithful member of St. Peter Catholic Church his entire adult life and the Fraternal Order of Eagles.

He was first employed by Missouri Builders, then by Albert Raithel Construction, and later by Herman C. Kempker Construction and Excavating Company, from where he eventually retired. He was proud that he was able to use the skills he learned from his trade to build his family’s home where he raised his three children and where he remained until his last day.

Lloyd was originally from Folk but migrated to Jefferson City where he lived his entire life. He was a quiet and private man who loved watching wildlife in his backyard, fishing, and gardening. For most of his life he had a bountiful garden and tended to his prized blackberries. Both brought him a lot of joy and he was always the first to share the fruits of his labor with friends, family, and neighbors. In recent years, he has enjoyed the antics and hugs of his great-grandchildren. He was a huge St. Louis Cardinals fan and watched all their games.

He was preceded in death by his long-time friend and companion of over 35 years, Emily Belle Lane, who passed away September 26, 2021; his parents, Herman and Agnes Kempker, a son, Marvin Herman Kempker; two brothers, Alfred Kempker and Anthony (Lorine) Kempker; brother-in-law, Arnold Wenzel; and extended family members.

In lieu of flowers, memorials are suggested to Hospice Compassus, St. Jude Children’s Research Hospital, St. Peter Catholic Church, or a charity of the donor’s choice.