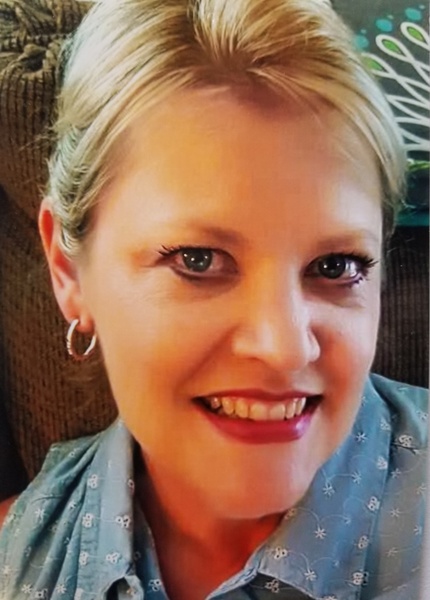 She was born August 16, 1966, in Jefferson City to Leander Peter and Dorothy Elizabeth (Lueckenhoff) Berendzen.

She was united in marriage on September 4, 1998, in Jefferson City to Bobby Lee McDaniel who survives at the home.

Lisa went to grade school at Our Lady of the Snows Catholic School and graduated from Cole R-V Eugene High School.

Lisa spent her career with the State of Missouri Employment Security retiring as the Labor and Industrial Relations Manager.

Lisa’s greatest joy and love was being with her family, especially babysitting her grandchildren. She was enjoying her retirement, being with her childhood friends, and watching the St. Louis Cardinals. She loved anything to do with Elvis and was so excited to see the recent movie about his life.  Watching her children and grandchildren play sports and being a Jay Band mom for Christopher was pure fun for her.

Lisa’s last and final gift of donating her organs for the benefit of others will be long remembered by so many.

She was preceded in death by her father; a sister, Doris Berendzen; and her mother-in-law, Linda Laudermith.

Mass of Christian Burial will be 11 a.m. Monday at Our Lady of the Snows Catholic Church in Mary’s Home with the Rev. Alexius Ekka officiating.

Burial will be in Our Lady of the Snows Cemetery in Mary’s Home.

Memorials are suggested to Our Lady of the Snows School.

To send flowers to the family in memory of Lisa Ann McDaniel, please visit our flower store.

Our Lady of the Snows Catholic Church

Our Lady of the Snows Catholic Church