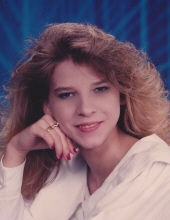 She was born January 13, 1977, in Jefferson City, the daughter of Leonard John and Hilda Marie (Schaffer) Schulte.

Leigh Ann was a 1995 graduate of Blair Oaks High School. She earned an Associate Degree in Medical Transcription from Metro Business College.

She was united in marriage on June 6, 2012, in Tuscumbia, to Edwin Loyd Putnam who survives at the home.

A homemaker, Leigh Ann attended First Family Church in Osage Beach. She enjoyed sewing and cooking and was famous in her family for her homemade barbeque sauce. She also enjoyed reading and was a prolific story writer. Leigh Ann loved taking care of her husband and two dogs, Harley and Babe.

She was preceded in death by her father, Leonard John Schulte and her mother-in-law, Peggy Sue Putnam.

A prayer service will be 12 Noon, Monday, March 18, 2019, at Dulle-Trimble Funeral Home with the Rev. I.C. Medina officiating.

Burial will be in St. Margaret of Antioch Catholic Cemetery, Osage Bend.

Memorials are suggested to a charity of the family’s choice.

Those wishing to send condolences to the family may do so at the www.dulletrimble.com website.
To send flowers to the family in memory of Leigh Ann Putnam, please visit our flower store.