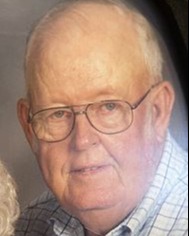 He was united in marriage on October 24, 1953, in Wardsville to Louise Regina Wieberg who preceded him in death on March 7, 2016.

He was preceded in death by his parents; his wife, Louise Moeller; a great-grandson, Kristopher Heimericks; a sister, Viola (Carmel) Vieth; sister-in-law, Linda Moeller; and two brothers-in-law, Ernie Hager and Paul Heislen.

Mass of Christian Burial will be 2 p.m. Friday at St. Stanislaus Catholic Church in Wardsville with the Rev. Msgr. David Cox officiating.

Burial will be in St. Stanislaus Catholic Church.

Memorials are suggested to Masses or to a charity of the donor’s choice.

To send flowers to the family in memory of Lawrence C. Moeller, please visit our flower store.