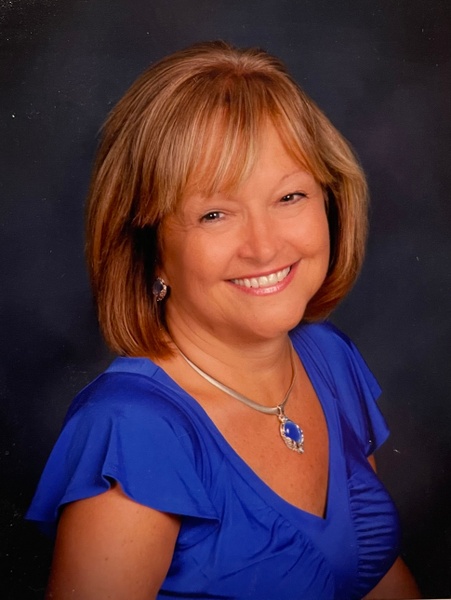 LaVerne Rose Brondel, devoted her life to her Catholic faith, seen through her fierce love and support of her family and her dedication to serving others. At 65, she went peacefully to the Lord at University Hospital in Columbia, Missouri, surrounded by her family. It was a beautiful, sunny, Sunday morning.

She was born October 23, 1956, in Jefferson City to Bernard and Gladys (Buschjost) Lehman. She passionately cared for them throughout the years.

She was a 1975 graduate of Russellville High School and loved to reminisce about her time cheerleading. “He big smoke but no fire” is a cheer we all can hear her chanting for days to come. She received her Bachelor of Science in Accounting from Lincoln University and her Master’s degree in Public Administration from the University of Missouri-Columbia.

She was united in marriage August 4, 1979, at St. Martin Catholic Church to the love of her life, Wayne Charles Brondel who gave her the best care from the beginning to her final days.

LaVerne worked for the State of Missouri for 30 years and retired in 2009 from the Department of Natural Resources as the Division Director of Administration. Her kids learned from her work years that you can be a working professional and still be an active parent running busy children to sporting activities. She had fun joking about the very few times her kids were accidentally forgotten to be picked up at various practices.

Wife, mom, momma, daughter, sister, aunt, Gammie, Gams, Thelma, Queen B, VaLerne, Survivor, Lovely, Luscious, LB, Verne, Vernie: She was busy and wouldn’t have it any other way because she was always busy doing something she loved. If she wasn’t spending time spoiling her grandchildren, you could find her in the yard or at a plant sale, she loved flowers and was a Master Gardener and part of the Bittersweet Club. She was so proud of her yard and her home, only to share and host others for their enjoyment.

She was a faithful member of St. Peter Catholic Church, served on the parish council and the school board. She recently spent time each week in adoration praying for others. She served on the Resurrection Catholic Cemetery Board and volunteered at the Samaritan Center, St. Peter Catholic School, Helias Catholic High School, Mary’s Meals, Birthright, and St. Mary’s Hospital. Even in her passing she will be able to impact others lives as an organ donor.

LaVerne was called to serve the elderly. Some of her favorite things to do were teach the Silver Sneakers class at the YMCA and work at Westbrook Terrace Senior Living facility. She didn’t just serve these people, she loved them, invested in them, and became their friend. She was a friend to many because she was unassuming and would meet everyone exactly where they were: 1 Corinthians 9:22 “The reality is that I cannot hope to have any meaningful impact on my children’s lives unless I meet them where they are, not where I think they ought to be.”

She was preceded in death by her father, Bernard Lehman, and a sister, Wanda Lehman.

Mass of Christian Burial will be 10 a.m. Friday at St. Martin Catholic Church in St. Martins with the Rev. Jeremy Secrist and the Rev. Jason Doke concelebrating.

To send flowers to the family in memory of LaVerne Rose Brondel, please visit our flower store.