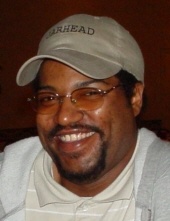 He was born February 10, 1979, in Jefferson City, the son of LaVaughn Treman and Kathryn Eve (Mason) Wilson.

LaVaughn was a 1997 graduate of Jefferson City High School and later received his bachelor's degree in Journalism from Lincoln University in 2002.

As a teen, LaVaughn volunteered at JCTV, a local free access channel, and KJLU, the radio station broadcasted by Lincoln University. His time spent learning the behind the scenes of television and radio production prepared him well for his career, following graduation, as a disc jockey for KJLU Radio Station. He was known as the on-air personalities "Tyrone Jay" for smooth jazz formatting and "L-Dog" for hip-hop formatting. He had an insatiable love for music, movies, and video games.

He was a member of Second Baptist Church, Alpha Phi Alpha Fraternity and the Capitol City Lodge No. 9, Free & Accepted Masons.

There will be an Alpha Omega service at 10:30 a.m. on Monday, July 29, 2019, with a Service of Remembrance and Celebration held at 11 a.m. all at Second Baptist Church with Rev. Cornell C. Sudduth, Sr. officiating.

Memorials are suggested to KJLU Radio Station at Lincoln University and the American Heart Association.

Those wishing to send condolences to the family may do so at the www.dulletrimble.com website.
To send flowers to the family in memory of LaVaughn Adam Wilson, please visit our flower store.