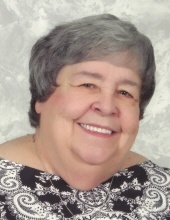 Laura Alice Lepper, 78, of Holts Summit, passed away Thursday, October 28, 2021, at St. Mary’s Hospital after a long and exhausting battle with life/age.

She was born March 17, 1943, in Albany, Georgia, the daughter of the late Robert Edward and Helen Christine (Fiveash) Natsch.

She was united in marriage on June 12, 1965, at the Immaculate Conception Catholic Church in Jefferson City to Albert August Lepper who preceded her in death on April 14, 1990.

A 1961 Helias High School graduate, Laura graduated from the Kidwell School of Hairdressing in Columbia in 1962.

Laura worked in cosmetology twenty-five years, part-time and full-time, while raising a family. She continued until the physical demands of the job became too much and she switched careers and became a data entry clerk at Scholastic Inc. until she medically retired. For many years, she was also the staff hairdresser for Dulle-Trimble Funeral Home.

She was an involved member of the St. Andrew Catholic Church and the Ladies Sodality. She volunteered to do grief counseling after her husband, Albert, passed away and several other organizations.

Laura was a very independent woman who did things her own way unless someone else pointed out a better way. She was very polite and nice until she was not. She had a kind heart and was willing to help however she could, even if it only meant listening.

She was preceded in death by her parents; her husband of twenty-five years, Albert; a son, Matthew James Lepper; a brother-in-law, Ron Eichholz; and a sister-in-law, Kathy Natsch.

Burial will be in St. Andrew Catholic Cemetery.

The family requests in lieu of flowers, memorials are suggested to a charity of the donor’s choice.

Those wishing to send condolences to the family may do so at the www.dulletrimble.com website.
To send flowers to the family in memory of Laura Alice Lepper, please visit our flower store.