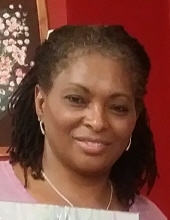 She was born December 26, 1971, in Jefferson City, Missouri, the daughter of Larry Edward Smith and Wanda Louis Britt-Smith.

LaTreva worked for many years as a tax preparation clerk. She also worked for the State of Missouri.

In her free time, she enjoyed to sew and crochet, cook meals for her family, and loved to dance with family and friends.

Burial will be in Longview Cemetery.

Memorials are suggested to the children of LaTreva Smith.

Those wishing to email tributes or condolences to the family may do so at the www.dulletrimble.com website.
To send flowers to the family in memory of LaTreva Evette Smith, please visit our flower store.