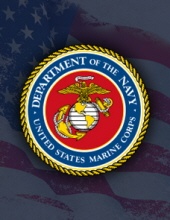 He was born June 26, 1947, in Kansas City, Missouri, the son of the late Ira Mays and Olive (Middleton) Krueger.

Larry served in Vietnam from 1967-168 in the United States Marine Corps.

He was united in marriage on April 3, 1970, in Kansas City, Missouri, to Mary Mohr who survives at the home.

Larry worked as a claims supervisor with the Missouri State Division of Employment Security for over 30 years.

He attended the Cathedral of St. Joseph, was a member of the Knights of Columbus, and was a founding member of the Samuel F. Gearhart Detachment of the Marine Corps League.

He enjoyed reading history, cooking for his family, and spending time with his grandchildren.

He was preceded in death by his parents; and two grandsons, Noah and Sam Mays.

A liturgical service will be 10 a.m. Tuesday, January 22, 2019, at the Cathedral of St. Joseph with the Rev. Joshua Duncan officiating.

Burial will be 3 p.m. Tuesday at the Missouri State Veterans Cemetery in Jacksonville, Missouri.

Those wishing to email tributes or condolences to the family may do so at the www.dulletrimble.com website.
To send flowers to the family in memory of Larry Wayne Mays, please visit our flower store.