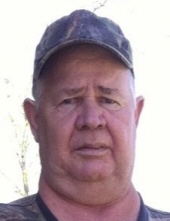 Larry Ray Hoffman, 68, of Jefferson City, passed away Saturday, December 1, 2018, at his residence.

He was born May 17, 1950, in Taos, Missouri, the son of the late Lawrence and Mildred (Stegman) Hoffman.

He was united in marriage in December of 1975, in Jefferson City, to Marilyn Ann Hagner who survives at the home.

Larry worked for the Local Laborer Union for many years at the Callaway Nuclear Power Plant. He also worked at Super Gerbes on the east side of Jefferson City.

He was a member of St. Francis Xavier Catholic Church in Taos. He enjoyed hunting, collecting Indian artifacts, going to garage sales with his wife, canning, gardening, and camping with family and friends. He also enjoyed the outdoors and was always willing to lend a helping hand to family and friends.

He was preceded in death by his parents; one sister, Mary Ann Nichols; and one brother, Leon Hoffman.

Larry’s family will hold a private gathering to honor Larry’s life at a later date.

Those wishing to send condolences to the family may do so at the www.dulletrimble.com website.
To send flowers to the family in memory of Larry Ray Hoffman, please visit our flower store.