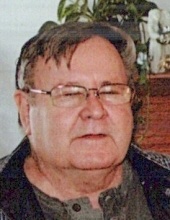 Larry Dorsey, 74, of Warsaw, passed away on Tuesday, October 19, 2021, at Stonebridge Adams Street in Jefferson City.

He was born December 3, 1946, in Jefferson City to the late Frank and Lillian (Boyer) Dorsey.

Larry grew up in Jefferson City and graduated from Jefferson City Senior High School. He had a natural gift for woodworking. Larry was a skilled carpenter working for the Missouri State Dept. of Corrections. He retired at the age of 55 as Carpenter Foreman at the Church Farm Prison.

On June 8, 1968, Larry married Patricia Mosier. They loved spending time on Truman Lake. If Larry wasn’t fishing or boating, you could find him watching sports on TV.

Those wishing to email tributes or condolences to the family may do so at www.dulletrimble.com.
To send flowers to the family in memory of Larry Dorsey, please visit our flower store.