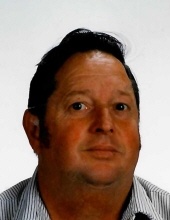 He was born September 5, 1945, in Jefferson City, the son of the late Clellan Mancer and Dora Ellen (Finn) Bias.

Larry served in the United States Army during the Vietnam War.

He was united in marriage on November 1, 1969, at St. Martin Catholic Church to Bertha Margaret Baumann who survives.

Larry owned and operated Bias Pest Control Company for over 30 years retiring in 2001. He also worked at the Missouri Hotel as a night auditor.

He was a member of St. Stanislaus Catholic Church in Wardsville, Wardsville Knights of Columbus, Veteran of Foreign Wars, Roscoe Enloe American Legion Post 5, Disabled American Veterans Oliver Buehrle Post 17, and the Missouri Pest Management Association where he served as President from 1985-1986.

He was preceded in death by his parents; son-in-law, Chance Patton; two sisters, Hazel Welschmeyer, Pinkie Carrender; and a half-brother, Delbert Bias.

Mass of Christian Burial will be 11 a.m. Friday, February 19, 2021, at St. Stanislaus Catholic Church in Wardsville with the Rev. I.C. Medina officiating. The general public is welcome to attend the services while following social distancing guidelines. Facial coverings are suggested while in attendance.

Entombment with military honors will be in St. Stanislaus Mausoleum.

Memorials are suggested to Wardsville/Osage Bend Knights of Columbus or to St. Stanislaus Catholic School.

Those wishing to send condolences to the family may do so at the www.dulletrimble.com website.
To send flowers to the family in memory of Larry Dale Bias, please visit our flower store.