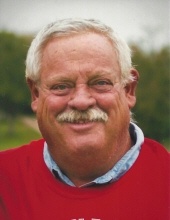 God was smiling on Saturday June 22, 2019, when he welcomed home his son Kenny (the Chief) Boessen of Loose Creek. He passed away at home surrounded by his family.

Kenneth Paul “Kenny” Boessen was born in Jefferson City, Missouri on a sweltering August 8th in 1955. The birth and death of this great man, is not nearly as relevant as all the days and nights that he lived to the fullest between those two dates. His parents, John and Melba (Davis) Boessen had 9 children. However, Kenny, was by far the best-looking and favorite in the family.

Kenny has 4 sisters, Linda (Pat) Kress, Kansas City; Carolyn Casteel, Hartsburg; Kathy (Dan) Danielson, Bellville, IL; Melody (Brian) Link, Loose Creek; and 4 brothers, Mike (Dee) Boessen, Columbia; JP (Beverly) Boessen, Loose Creek; Chris Boessen, Ames, Iowa. He was preceded in death by his parents; his brother, Pat Boessen and a sister-in-law, Georgeanne Boessen. While his sisters “lovingly” drove him crazy with all their chattering and carrying-on, his brothers all wanted to be the man he thought he was (according to Kenny).

Kenny’s children, Sarah (Adam) Crawford, Koelztown; Hailey (Brandon) Luebbert, Westphalia; and Pat Boessen, (friend Kelsey), Springfield; will miss their dad tremendously – as well as his creative voice mails left from his flip phone which can be found in the Maries River (at Kenny’s request). Kenny enjoyed his children but the grandchildren, Azlyn, Ronen and Genevieve Luebbert, Celia and Callum Crawford, were the apple of his eye – easily spoiled and sent back home!

While attending his 35th class reunion Kenny reunited with an old friend, which turned out to be the love of his live – spending many years “worrying sick about her.” JoAnn Brendel, had no idea Kenny was the man of her dreams, always holding out for Kevin Costner, but Kenny’s good-looks and charm finally won her over. Kenny and JoAnn were married September 28, 2012. Through this marriage, the Boessen Brady Bunch nearly doubled – Kimberly (Troy-deceased) Holterman, Freeburg; Kristina Scheulen (friend Nathan), Jefferson City; and Karrie Scheulen, Hawaii; along with grandchildren Kaleb and Kaden Holterman, Persephone and Vyla Hamler, and Vada and Parker Thomas were welcomed with open-arms.

Kenny and friend, Tom Prenger, owned and operated TK’s Restaurant – soon Kenny realized he would rather spend time cooking and grilling for his friends. Hosting many parties for friends and family as well as the regular sport’s Sunday gatherings with his buddies cheering on the Chiefs/Cardinals. After the restaurant business, Kenny ventured into the water world, starting what is now known as “Boessen Underground Construction Co.” in 1987. He was a member and served as President, Vice President, Secretary and Treasurer of the Missouri Water Well Association as well as a member of the Kansas WWA.

Kenny worked tirelessly in this business which eventually afforded him the opportunity to travel frequently with friends to exotic locations like Costa Rica, Honduras and Panama where he enjoyed watching his buddies dive – always staying in the boat with a full cooler of cold Miller Lite. Kenny also put on many miles within the states visiting snow birds in Arizona, enjoying Memphis in May, and good ole blues on Beale Street. Through all of these travels Kenny realized there we no place like home. He was fortunate enough to purchase the family heritage farm - The Alamo - and built his family home perched high on a hill overlooking his milo, soybeans and cattle.

Come celebrate this great man’s life with family and friends and be sure to wear your Chief or Cardinal attire to the Mass of Christian Burial on Thursday. Absolutely no Patriot fans allowed.

Visitation will be 4-8 p.m. Wednesday, June 26, 2019, at Immaculate Conception Catholic Church in Loose Creek with a prayer service at 3 p.m.

Mass of Christian Burial will be 10 a.m. Thursday, at Immaculate Conception Catholic Church in Loose Creek with the Rev. I.C. Medina officiating.

Burial will be in Immaculate Conception Catholic Cemetery in Loose Creek.

Donations are encouraged for FFA or Missouri Water Well Association for scholarships.

Those wishing to email tributes or condolences to the family may do so at the www.dulletrimble.com website.
To send flowers to the family in memory of Kenneth Paul "Kenny" Boessen, please visit our flower store.