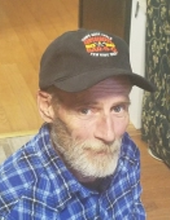 He was born August 23, 1959, in Jefferson City, the son of the late Bernard Gustave and Virginia Catherine (Brauner) Altheuser.

Ken was a 1977 graduate of Helias High School

He was married to Irene Riesse. He later was united in marriage on August 21, 1999, at St. Peter Catholic Church in Jefferson City to Carol Napier who lives at the home.

He was a member of St. Peter Catholic Church. He also enjoyed woodworking and gardening. Ken worked with his wife to create shadow boxes of animal art. Ken cut out the animals and carved in their details; then Carol painted them.

A memorial Mass of Christian Burial will be 10 a.m. Monday, July 27, 2020, at St. Peter Catholic Church with the Rev. Jeremy Secrist officiating. The general public is welcome to attend the services while following social distancing guidelines. Facial coverings are encouraged while in attendance.

Those wishing to send condolences to the family may do so at the www.dulletrimble.com website.
To send flowers to the family in memory of Kenneth Joseph Altheuser, please visit our flower store.