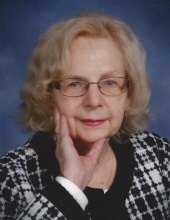 She was born November 7, 1927, in Luystown, Missouri, the daughter of George and Anna M. (Oidtman) Boes.

She was united in marriage at St. Peter Catholic Church in Jefferson City, on April 17, 1948, to Robert Martin Stokes who preceded her in death on January 9, 2000.

She was a member of the Cathedral of St. Joseph; 4th Degree Knights of Columbus Auxiliary; Lioness Club; Janus Club; St. Mary’s Auxiliary; and Meadow Lake Country Club. In earlier years, she was a faithful Boy Scout den mother for her four sons and volunteered in the school cafeteria. She enjoyed playing bridge, reading, shopping, walking at the mall, boating, and bowling.

She was preceded in death by her parents, her husband, Robert, a brother, Nelson (Opal) Boes, and a sister, Norma (Wilfred) Kraus.

Mass of Christian Burial will be 10 a.m. Monday, March 11, 2019, at the Cathedral of St. Joseph Church with the Rev. Louis M. Nelen officiating.

Those wishing to email tributes or condolences to the family may do so at the www.dulletrimble.com website.
To send flowers to the family in memory of Katheryn Lucille Stokes, please visit our flower store.