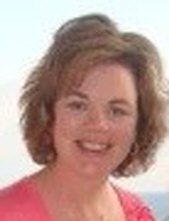 Judith Elaine Kempker, 54, of Jefferson City, passed away on Saturday, April 17, 2021, at Capital Region Medical Center, surrounded by her family.

A 1985 graduate of Helias High School, Judy received a Bachelor of Science Degree in Business Administration from Lincoln University and a Master’s Degree in Human Resources from William Woods University.

She was married on June 16, 1990 at St. Peter Catholic Church in Jefferson City to Wayne Herman Kempker who survives at the home.

Judy was the Director of Administration for the Missouri State House of Representatives.

She was a member of St. Stanislaus Catholic Church.

Judy was a lover of the beach, sitting by the family lake, and shopping. She was known to be the life of the party and a prankster in her family and at work.

Judy was preceded in death by her mother, Frances Riley.

Visitation will be Thursday, April 22, 2021, from 4-8:00 p.m. at Dulle-Trimble Funeral Home, with a prayer service at 3:30 p.m. The family asks that people wear bright, festive Hawaiian colors to the visitation in honor of Judy’s love for the beach.

A Memorial Mass will be celebrated at 10:00 a.m. Friday at St. Stanislaus Catholic Church, with Father I.C. Medina officiating.

The general public is welcome to attend while following social distancing guidelines. Facial coverings are suggested while in attendance.

Memorials are suggested to the Judy Kempker Medical Expenses Fund.

Those wishing to send condolences to the family may do so at the www.dulletrimble.com website.
To send flowers to the family in memory of Judith Elaine Kempker, please visit our flower store.