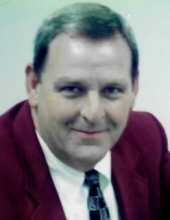 He was born May 23, 1953, in Burlington, North Carolina, the son of the late Joseph Robert Shirley, Jr. and Norma Eloise Taylor Shirley.

Ken graduated from Marion High School in 1971 and was a 1975 graduate of Appalachian State University in Boone, North Carolina with a degree in Business Administration.

Ken worked in the insurance industry both as a representative and in management for over 33 years before retiring in 2013.

Private family services will be held in the future.

Dulle-Trimble Funeral Home in Jefferson City, Missouri is in charge of the arrangements.

Those wishing to send condolences to the family may do so at the www.dulletrimble.com website.
To send flowers to the family in memory of Joseph Kenneth "Ken" Shirley, please visit our flower store.