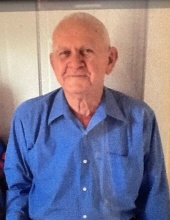 He was a 1952 graduate of Fatima High School.

Joseph served his country in the United States Air Force.

He was united in marriage on January 5, 1955, at St. Joseph Catholic Church in Westphalia to Del-Fay Joan Albers who preceded him in death on August 24, 2019.

He was a member of St. Joseph Catholic Church in Westphalia, Fraternal Order of Eagles Aerie 2693, American Legion Post 5, and served with the Special Road District in Westphalia.

He was preceded in death by his parents; his wife, Del-Fay Kever; two brothers, Paul Kever and Francis Kever; and a sister, Ruthie Ruediger.

Visitation will be 4-6 p.m. Thursday, July 29, 2021, at Dulle-Trimble Funeral Home in Westphalia with a prayer service at 3:30 p.m. Social distancing is encouraged.

Mass of Christian Burial will be 10 a.m. Friday at St. Joseph Catholic Church in Westphalia with the Rev. Anthony Viviano officiating.

Burial with military honors will be in St. Joseph Catholic Cemetery.

Those wishing to send condolences to the family may do so at the www.dulletrimble.com website.
To send flowers to the family in memory of Joseph Henry Kever, please visit our flower store.