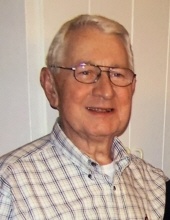 He was born February 21, 1941, in Brighton, MO, the son of Mike and Anna (Kroutil) Francka, who preceded him in death.

Joe was a 1959 graduate of Marion C. Early High School in Morrisville, MO. He went on to graduate from Southwest MO State College in 1964 with a degree in agriculture and science. He worked his way through college delivering Springfield newspapers, approximately 1,200 papers daily. He later pursued graduate studies in entomology from the University of Missouri-Columbia.

Joe and his family moved to the Jefferson City area in 1973. He spent his entire career working for the Missouri Department of Agriculture as a field entomologist, state entomologist, and finished his career as the Director of the Plant Industries Division. He was active on the Central Plant Board, the Entomological Society of America, and the Horticultural Inspectors Society. He received many honors for his work in plant regulation and entomology, including a national award from the National Directors of Agriculture.

Joe played fast pitch softball into his early forties. He and Patty loved to travel and cruise. He also raised angus beef cattle. He was an avid St. Louis Cardinals fan and watched as many games as possible up until his death. He loved his family and doing things with his grandchildren, especially watching them play sports and taking them hunting and fishing.

He was a member of St. Martin Catholic Church. He also served as a Eucharistic minister and a minister of hospitality. He enjoyed volunteering at the Samaritan Center and served on the Board of Directors.

Joe was preceded in death by his parents; brothers Mike (Oma) and Tony; and brother-in-law, Regis Griesemer.

Memorials are suggested to the Samaritan Center or to St. Martin Catholic Church.

Those wishing to email tributes or condolences to the family may do so at the www.dulletrimble.com website.
To send flowers to the family in memory of Joseph Eugene Francka, please visit our flower store.