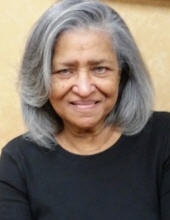 She was born on September 21, 1937, in Tupelo, Mississippi, the daughter of the late Joe Willie Wilson and Birda Mae Wright Wilson.

She was employed in home health care for many years.

Those wishing to send condolences to the family may do so at the www.dulletrimble.com website.
To send flowers to the family in memory of Johnnie Mae Wilson, please visit our flower store.