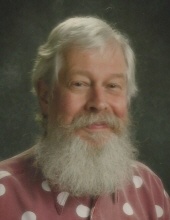 Known as Tom by all those he loved and met, John Thomas Benke, 74, of Jefferson City, passed away Friday, November 2, 2018, at Barnes Jewish Hospital in St. Louis. Although he has left his physical body in this life, he didn’t leave without sharing his renowned sense of humor with those who were with him.

Our hearts are broke, but that only proves that we felt the love that emanated deeply from Tom to all of us: his family, his friends, his students, his customers, those in prison, those in need, those hurting, and those just needing a friend. Tom’s life was a life well-lived and well-loved. No one was left out.

Born April 10, 1944, right here in Jefferson City to the late Walter J. and Bettie Magdalene (Cook) Benke, Tom found thrills and beauty in life early on that many people look right past. He genuinely loved people, animals, a good laugh, and adventure to name a few.

Tom graduated in 1962 from Jefferson City High School and completed a degree at the American Academy of Art in Chicago, Illinois in 1966.

Tom found the love of his life while in Chicago, a beautiful young nurse, and married her, Joan Elizabeth Avildsen, on February 18, 1968. After 50 years of marriage, she carries on the legacy they have built together.

Joan and Tom started their own family then moved to Jefferson City, Missouri, to be closer to Tom’s side of the family. In addition to the joys and thrill of bringing three boys into this word, Tom and Joan found the Lord and gave their lives to Christ. Jesus became the center of Tom’s life and all he did.

Over the years, Tom used his many gifts, talents, and passions to reach out to everyone he came in contact with. In addition to working for over 27 years as the Commercial Art and Advertising Design instructor for Nichols Career Center at the Jefferson City High School and retiring in 2009, he and his wife owned and operated an Antique Shop for nearly 50 years; he ran the Salvation Army Thrift Store for 5 years, volunteered in the Missouri State Penitentiary for 30+ years, volunteered his time ministering to the youth at the Prenger Family Center for 20 years, and he and Joan took teams of young people on Missions trips around the world for 8 years.

Many older men become grumpy and unhappy later in life but not Tom - he was only better with age! A true treasure. While loved by everyone young and old, those who knew Tom the best respected him the most, because he was a man of integrity, compassion, kindness, love, humor, hope, and faith. In addition to all of this, there are many more who remember his eccentric personality that matched his taste in shirts, his “Praise the Lord” belt buckle, and the thousands of pieces of bubble gum he handed out over the years.

Those who have gone on to see Jesus before Tom and are currently rejoicing in heaven with him include his parents, his grandson Alexander Benke, and his daughter-in-law Clarice Benke.

For all those who knew Tom and those who didn’t, he wanted everyone to know that his love for Jesus was because of Jesus’ love for all of us. If you haven’t taken the opportunity to get to know Jesus, Tom would love for you to give Him a chance.

The visitation will be held from 10:00 a.m. to 12 noon on Wednesday, November 7, 2018, at Dulle-Trimble Funeral Home with funeral services following at 12 noon with Gary and Donna Van Hoessen and Pastor Lowell Perkins officiating.

A private burial will be held in the Centertown Cemetery the following day.

Memorials are suggested to the charity of the donor’s choice.

Those wishing to send condolences to the family may do so at the www.dulletrimble.com website.
To send flowers to the family in memory of John Thomas Benke, please visit our flower store.