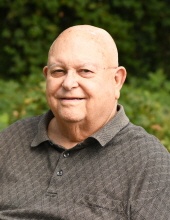 He was born April 10, 1941, in St. Louis, to Gerhard Henry Andrew and Hazel Bernice (Gardner) Baepler.

A 1960 graduate of Roosevelt High School in St. Louis, John received his electronic technician certification from Ranken Technical College in 1962.

He was united in marriage on April 10, 1971, at the Hopewell Union Church, Barnett, Missouri to Connie Jean Henderson, who survives at the home.

He was a member of Faith Lutheran Church and had served on their board of church properties; and was on the Jamestown C-1 School Board in earlier years.

He volunteered at River City Habitat for the Humanity Restore and Salvation Army Thrift Store. He enjoyed reading but his favorite times were spent at their lake house with his family.

He was preceded in death by his parents; a grandson, Waylon Falter; and a nephew Robert Agne.

Burial will follow in Hopewell Union Cemetery near Versailles.

Memorials are suggested to the Hopewell Union Cemetery Association.

To send flowers to the family in memory of John Hugo Baepler, please visit our flower store.