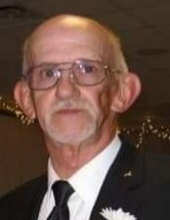 He was born December 5, 1946, in Jefferson City, the son of the late Frank and Vera (Finn) Buschman.

He was united in marriage on June 6, 1966, at Immaculate Conception Catholic Church in Jefferson City to Patricia C. Hart who survives.

He served his country for over 20 years in the United States Army. During his career, he served in Vietnam and was a recruiter at the time of his retirement.

John also worked for Cowleys Distribution for 19 years as a route driver and for Fechtel Beverage and Sales as a draft technician.

He was a member of St. Martin Catholic Church in St. Martins. He loved golfing, woodworking, fishing, and growing roses.

He was preceded in death by his parents; and a brother, Jerry (Betty) Buschman.

Mass of Christian Burial will be 1 p.m. Thursday, April 22, 2021, at St. Martin Catholic Church in St. Martins with the Rev Jason Doke officiating.

Entombment will be in Resurrection Catholic Cemetery Mausoleum.

In lieu of flowers, memorials are suggested to the American Cancer Society.

Those wishing to send condolences to the family may do so at the www.dulletrimble.com website.
To send flowers to the family in memory of John Bernard Buschman, please visit our flower store.