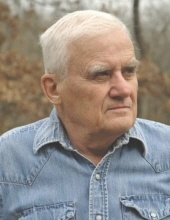 He was born September 25, 1934, in Chicago, IL, the son of the late Martin Benton and Ann Marie (Soper) Vance.

He was a 1952 graduate of Keytesville High School and received his Bachelor of Science degree in Journalism from the University of Missouri.

He was united in marriage on September 30, 1956, in Macon, Missouri, to Martha Lou Leist who survives.

Joel started his writing career as a reporter in Montgomery, AL covering important events such as the bus boycott in 1955. He and Marty moved to Mexico, MO, where he wrote for the Mexico Ledger as a sports reporter. In 1967, they moved to Jefferson City where he started his 25-year career with the Missouri Department of Conservation (MDC) as a staff writer for the Missouri Conservationist. He continued freelancing his entire life for publications such as Outdoor Life, Gun Dog, and North American Fisherman and many others. He wrote ten books and was still posting to his blog up until a couple of weeks before he died.

His proudest contribution to the MDC involved promoting and writing the Design for Conservation outlining the constitutionally dedicated sales tax to push conservation forward in Missouri. This proposal is the blueprint for similar initiatives across the nation. Consequently, the MDC is one of the most trusted and financed agencies in the country. He prophetically wrote in 1975, “Heritage is something passed along. How sad if all we pass to those who will remember us is noise and pollution and concrete. How sad never to hear the sweet voice of a bluebird, never to see the dogwoods in bloom, never to know the majesty of an oak-mantled Ozark bluff. That is the sorrow we must not allow to occur in the tomorrows of the future.”

Joel was also a long-time member of the Outdoor Writers Association of America (OWAA). He was president and won multiple awards such as Jade of Chiefs for distinguished service to conservation and the Ham Brown Award for exceptional service to OWAA. He also taught at and founded residential writing workshops for many years: Wildbranch in Vermont and Goldenrod in Montana, in addition to many workshops, presentations, and school groups.

Preceded in death by his parents and many beloved bird dogs.

A private family service will be held.

Memorials are suggested to the Conservation Federation of Missouri.

Those wishing to send condolences to the family may do so at the www.dulletrimble.com website.
To send flowers to the family in memory of Joel Martin Vance, please visit our flower store.