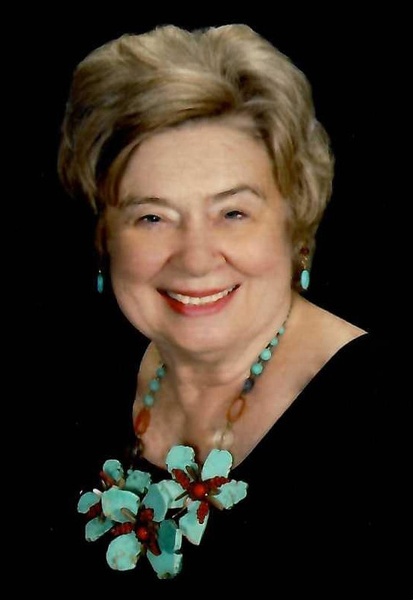 She was born to this life at St. Mary’s Hospital in Jefferson City on November 29, 1939, the oldest child of Harold Franklin and Lena (Maasen) Thrash.

Joann attended grade school at Immaculate Conception School and was always delighted to say she was part of the first graduating class of Helias High School in 1957.  She later attended Lincoln University and the University of Missouri in Columbia.

Before starting a family, Joann was a secretary in the Department of Education and the law firm of Rozier, Carson and Nacy. Later she worked for the Chancery in Diocese of Jefferson City in Family Life office.

She was preceded in death by her husband Richard on May 6, 2016; her parents; and two brothers, Bob and Don Thrash.

We are thankful for our beautiful mother who always had an encouraging word, an infectious laugh and smile. Our family of 7 would take yearly family vacations, she would sew school uniforms and would always be up for any shopping trip. She had many close family members and friends who she enjoyed spending time with them.  Some of her favorite things included: having coffee after church, sewing group, playing bridge and scrabble.  She adored hosting parties and celebrating the holidays with her family; many years we would decorate a 20’ Christmas tree.

“The loveliest masterpiece of the heart of God is the heart of a mother” we were blessed to have her as our mom and she will be terribly missed.

Mass of Christian Burial will be 10 a.m. Monday, August 1, 2022, at Immaculate Conception Catholic Church with the Rev. Anthony Onyeihe and the Rev. Eric Groner, SVD concelebrating.

To send flowers to the family in memory of Joann Catherine Groner, please visit our flower store.