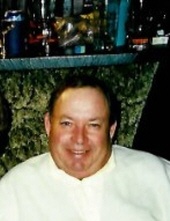 He was born January 13, 1947, in Jefferson City, Missouri, the son of the late James Herman and Virginia Lee (Coffelt) Wekenborg.

He was a graduate of WT Woodson High School in 1965 and received his Bachelor of Science in Business Administration from Lincoln University.

Mike served his country in the United States Navy during the Vietnam era.

He was united in marriage on June 27, 1967, in Jefferson City, to Lola Kay Miller who survives at the home.

He was preceded in death by his parents; sister-in-law, Gail Wekenborg; and a nephew, Tommy Wekenborg.

Memorials are suggested to the Middle River Cemetery Association.

Those wishing to send condolences to the family may do so at the www.dulletrimble.com website.
To send flowers to the family in memory of Jerry Michael "Mike" Wekenborg, please visit our flower store.