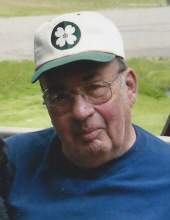 He was born August 30, 1941, in Rochester, Minnesota, the son of the late Nathaniel and Mildred (Klebsch) Weber.

He was united in marriage on February 15, 1964, at the United Methodist Church in Rochester, Minnesota, to Mary Ann Lubarski, who resides at the home.

Jerry and his wife shared many happy times working together with their J & M Craft Company doing crafting projects for craft shows. He also enjoyed woodworking, camping, and fishing. His greatest joy was spending time with his family.

Burial will be in Bull Cemetery in Holts Summit.

Those wishing to email tributes or condolences to the family may do so at the www.dulletrimble.com website.
To send flowers to the family in memory of Jerry Lee Weber, please visit our flower store.