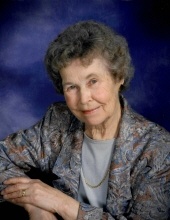 Jennie Lee McDougal, 91, of Jefferson City, passed away peacefully on Tuesday, April 5, 2022, at The Timbers in Holts Summit.

She was born February 7, 1931, in Kansas City, Missouri, the daughter of the late Norman L. and Mary Ellen Greene Tilson.

She graduated from Central High School in Kansas City, Missouri in 1948.

She married Joseph Clifford McDougal on November 24, 1948. He preceded her in death on November 11, 1995. The family moved from Kansas City to Jefferson City in June of 1968.

She was employed at Mattingly’s on High Street in the late 60’s and Veit’s Restaurant in the early 70’s and then at the Cole County Sheriff’s Department for twenty-six years, retiring in 2003.

After retiring, Jennie joined the Catholic Church and taught RCIA classes at the Cathedral of St. Joseph for many years. She enjoyed playing cards in which she played to win, going on trips with her friends, going to plays and shows, and listening to country music. Against her wishes her daughter bought her a kindle that she immediately loved and carried with her everywhere. Watching the recent TV series, Yellowstone, was the highlight of her week and she would talk about each episode until the next one.

Mass of Christian Burial will be 10:30 a.m., Friday at Immaculate Conception Catholic Church with the Rev. Donald Antweiler officiating.

Memorials are suggested to St. Jude Children’s Research Hospital or to the Jefferson City Rape and Abuse Crisis Center.

To send flowers to the family in memory of Jennie Lee McDougal, please visit our flower store.