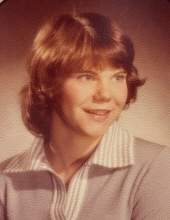 Jeanne Smith, 65, of Jefferson City passed away on Wednesday, September 29, 2021, of natural causes.

She was born January 27, 1956, in Bonne Terre, MO, to the late Frank and Lois (Glasscock) May. At an early age, Jeanne knew she wanted to be a special education teacher. After graduating from Jefferson City High School, Jeanne attended Webster College and, in 1978, graduated from University of Missouri. She earned her Bachelor of Science in Education with a major in Special Education and a focus in Behavioral Disorders. Jeanne was a special education teacher for several schools including North Elementary, Callaway Hills, Thomas Jefferson and Kirchner State School. After teaching, Jeanne worked for the State of Missouri, where she retired.

On August 12, 1978, Jeanne married David Smith in Bonne Terre. They made their home in Jefferson City, raising their three children, Tom, Chrissy and Annie. Family meant everything to Jeanne. When the kids were in school, she was involved in PTO and helped in their classrooms as a “Room Mom." She was an expert seamstress, making dresses for the girls, work shirts for David, and many Halloween costumes over the years. She also had a talent for making quilts and weaving. She will be remembered for her great sense of humor and for the love she had for her husband, children and grandchildren.

Survivors include her husband, David, of Jefferson City; her children, Tom (Margo) Smith of Rock Hill, MO, Chrissy (Luke) Lowenstein of Cameron, MO, and Annie (Mat) Bledsoe of Jefferson City; six grandchildren, Viv, Hank, Madison, Scarlett, Wally and Leighton; and two brothers, Doug (Sue) May of Jefferson City and Bruce (Janna) May of Bonne Terre. Jeanne was also preceded in death by a brother, Randy May.

Visitation will be from Noon until 2:00 p.m. on Saturday, October 9, 2021, at Dulle Trimble Funeral Home, 3210 North Ten Mile Dr., Jefferson City. Funeral services will be held at 2:00 p.m. with burial to follow in Riverview Cemetery.

Those wishing to email tributes or condolences to the family may do so at www.dulletrimble.com
To send flowers to the family in memory of Jeanne W. Smith, please visit our flower store.