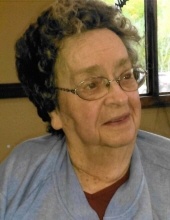 She was born July 3, 1928, in Jefferson City, Missouri, the daughter of the late Victor William and Hilda Alvina (Swanson) Brondel.

She was united in marriage on November 8, 1949, in St. Martins to Raymond Herman Carel who preceded her in death on March 3, 2015.

Jean worked for Tweedie Shoe Factory for five years before becoming a loving homemaker to her family. She was a wonderful seamstress who made many wedding dresses and other clothes. She enjoyed gardening, quilting, baking, playing pitch with family and neighbors, watching the St. Louis Cardinals, and most of all spending time with her grandchildren and great-grandchildren.

She was preceded in death by her parents; her husband of 65 years; two sons, Thomas Carel and James Carel; one grandson, Zachary Carel; two great-granddaughters, Gimma and Sydney Carel; five sisters; and seven brothers.

Private Mass of Christian Burial will be held at St. Martin Catholic Church in St. Martins with the Rev. Stephen Jones officiating.

Memorials are suggested to the St. Martin Catholic School.

Those wishing to send condolences to the family may do so at the www.dulletrimble.com website.
To send flowers to the family in memory of Jean Elizabeth Carel, please visit our flower store.