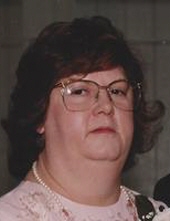 She was born March 11, 1942, in Etterville, Missouri, the daughter of the late Alfred Eugene and Mildred Loree (Brown) Scott.

She was united in marriage on November 25, 1960, in Olean, Missouri to William Gayle Renken who survives at the home.

Janet worked for the State of Missouri for over 40 years with the Division of Family Services retiring as Deputy Director for the Bureau of the Blind.

Janet attended First Baptist Church in California. In her spare time, she enjoyed working with flowers, reading, cooking and baking. Her greatest love was spending time with her family.

She was preceded in death by her parents; her son, Jeffrey Gayle Renken; and two brothers, Greg and Tim Scott.

Visitation will be 11 a.m. to 1 p.m. Saturday, April 1st at Scrivner-Morrow Funeral Homes in Russellville.

Burial will be in the New Hope Cemetery in Marion.

Memorials are suggested to the New Hope Cemetery Association.

Scrivner-Morrow Funeral Home is in charge of the arrangements.
To send flowers to the family in memory of Janet Gayle Renken, please visit our flower store.