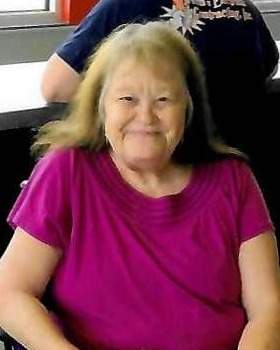 Rink was born on July 19, 1955, in Jefferson City, a daughter of the late Frank and Dorothy (Bruning) Reinke.

She was united in marriage on October 12, 1989, to Elmer Lewis “Al” Smith who survives at the home.

She retired from St. Mary’s Health Center after 37 years of dedicated service, she began her career as a volunteer up to human resource director.

Rink was nominated as “The Person You Should Know” by KRCG which was quite an honor in the community.

After retiring, she was elected as a board member at the Independent Living Resource Center in Jefferson City.

She was one of the most dedicated animal lovers. She rescued the ones that needed extra love. Her animals were her children and she loved them very much.

Rink was preceded in death by her parents, Frank and Dorothy Reinke; and an infant brother.

A private family Mass of Christian Burial was held at St. Martin Catholic Church in St. Martins with burial at Resurrection Catholic Cemetery.

Expression of sympathy may be made to the Jefferson City Animal Shelter or to the donor’s choice.

To send flowers to the family in memory of Jane Frances Reinke-Smith, please visit our flower store.