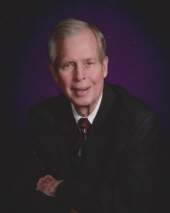 James Robert Jim Bob Kolb, 75, of Jefferson City, passed away Thursday, August 2, 2018, at his residence surrounded by his family.

He was born July 22, 1943, in Jefferson City, the son of the late James Frederick and Elizabeth Ann Betty (Schell) Kolb.

He received his Bachelors degree in business from the University of Missouri in Columbia.

He was united in marriage on August 29, 1964, in Jefferson City, to Judith Ann Eckerle who survives at the home.

Jim Bob began working as an assistant director of the Missouri State Parks. He later working on various political campaigns, served as the Legislative Director for Governor Joseph Teasdale, and worked as a deputy for the Secretary of State. He spent most of his career working in sales management with insurance and advertising.

He was a member of the Cathedral of St. Joseph, Knights of Columbus Forth Degree, Meadow Lake Acres Country Club, and the Cole County Jaycees. Jim Bob was active with the Multiple Sclerosis Society and was supporter of St. Jude Childrens Research Hospital. He enjoyed fishing, golfing, boating, and watching the St. Louis Cardinals and the MU Tigers, Most of all, he loved being with his family especially his grandchildren.

He was preceded in death by his parents; a brother, Steve Kolb; father and mother-in-law, Arthur and Lorene Eckerle; a sister-in-law, Jeane Lock; and a brother-in-law, Jim Eckerle.

Mass of Christian Burial will be 10 a.m. Tuesday, August 7, 2018, at the Cathedral of St. Joseph with the Rev. Michael Coleman officiating.

Memorials are suggested to St. Jude Childrens Research Hospital; the National Multiple Sclerosis Society; or to the American Cancer Society.

Those wishing to email tributes or condolences to the family may do so at the www.dulletrimble.com website.
To send flowers to the family in memory of James Robert "Jim Bob" Kolb, please visit our flower store.