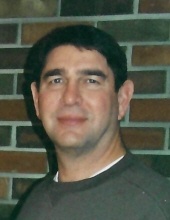 He was born March 23, 1947, in Jefferson City, the son of the late Louis John and Mary Margaret (Phelps) Meyer.

Jim was a 1965 graduate of Helias High School.

He served his country in the United States Navy Seabee Construction Battalion from August of 1966 to his honorable discharge in November of 1969. He served in Vietnam during his tenure in the service.

Jim was united in marriage on October 20, 1978, in Jefferson City, to Lisa Lea Tipton who survives.

During his teenage years Jim worked at Broadway Shell. After his time in the service Jim worked for his father at Doc Meyer Auto Supply for over 26 years in sales and later worked for Canteen Vending Service for 10 years.

He was a member of the Catholic faith. Jim was a lover of anything cars. He enjoyed long drives, working on cars, attending car shows, and participating in hot rod power tours.

Private family services will be held in the future.

Memorials are suggested to Samaritan Center or Salvation Army.

Those wishing to send condolences to the family may do so at the www.dulletrimble.com website.
To send flowers to the family in memory of James Louis "Jim" Meyer, please visit our flower store.