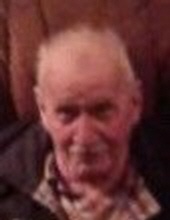 He was born August 19, 1934, in Holts Summit, Missouri, the son of the late Lawrence and Georgia (Hardin) Hutinger.

He was united in marriage on May 12, 1952, in Jefferson City to Ruth Ecton who survives.

Jim lived most of his life in Jefferson City area. He had worked in farming and trucking, and had driven a logging truck in Roseburgh, Oregon.

He was a member of the Jefferson City Church of God Holiness.

He was preceded in death by his parents; one grandson, Anthony Gilpin; three great-grandchildren; one sister, Beulah Walker; and two brothers, Ralph and John Hutinger.

Those wishing to send condolences to the family may do so at the www.scrivnermorrowrussellville.com website.
To send flowers to the family in memory of James Garold Hutinger, please visit our flower store.