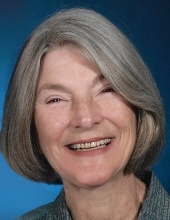 It is with great sadness that the family of Jacqueline (Jackie) Sue Richards announces her passing on Friday July 12, 2019, at the age of 84 years.

Jackie is remembered as being a loving wife, mother, grandmother, and great grandmother, a successful real estate agent, an avid tennis player, a bridge player and gardener. Jackie accomplished whatever she put her mind to.

She was born January 16, 1935, in Columbus, Ohio. She received her college degree in Journalism from Ohio State University in 1957.

Jackie first worked at the Kalamazoo Gazette newspaper. Then she worked as an administrative assistant for Senator William Proxmire in Washington D.C. When George and Jackie moved to Miami, Jackie became a real estate broker where she practiced for over 20 years.

Memorials are suggested to the Alzheimer's Association or to the American Cancer Society.

Those wishing to email tributes or condolences to the family may do so at the www.dulletrimble.com website.
To send flowers to the family in memory of Jacqueline Sue Richards, please visit our flower store.