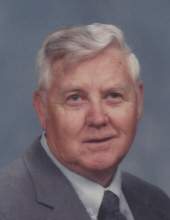 He was born June 4, 1925, in Clinton, Missouri, the son of the late Harold and Georgia May (Swackhammer) Hoey.

He attended Clinton Public Schools for 12 years and graduated high school in 1943.

Jack enlisted in the United States Marine Corps during World War II and served three years in the South Pacific and Midway Island.

Following his honorable discharge from the military, he attended one year at Central Missouri State University in Warrensburg and three years at the University of Missouri, graduating in 1951.

He was united in marriage on August 21, 1948, in Clinton, Missouri to Margaret Jane Ryder who preceded him in death on November 29, 2014.

Jack began work as a Conservation Agent in Linn and later as a Management Biologist for the Missouri Conservation Department. Jack worked for over 38 years retiring in 1987.

He was preceded in death by his parents; his wife; and his brother, Harold Leroy Hoey.

Visitation will be 10-11 a.m. Tuesday, October 2, 2018, at Dulle-Trimble Funeral Home. Funeral service will follow at 11 a.m. with the Rev. Donald Antweiler officiating.

Memorials are suggested to the Special Learning Center or to the Nature Conservancy.

Those wishing to send condolences to the family may do so at the www.dulletrimble.com website.
To send flowers to the family in memory of Jack Woltzen Hoey, please visit our flower store.